History Made in Wing Chun 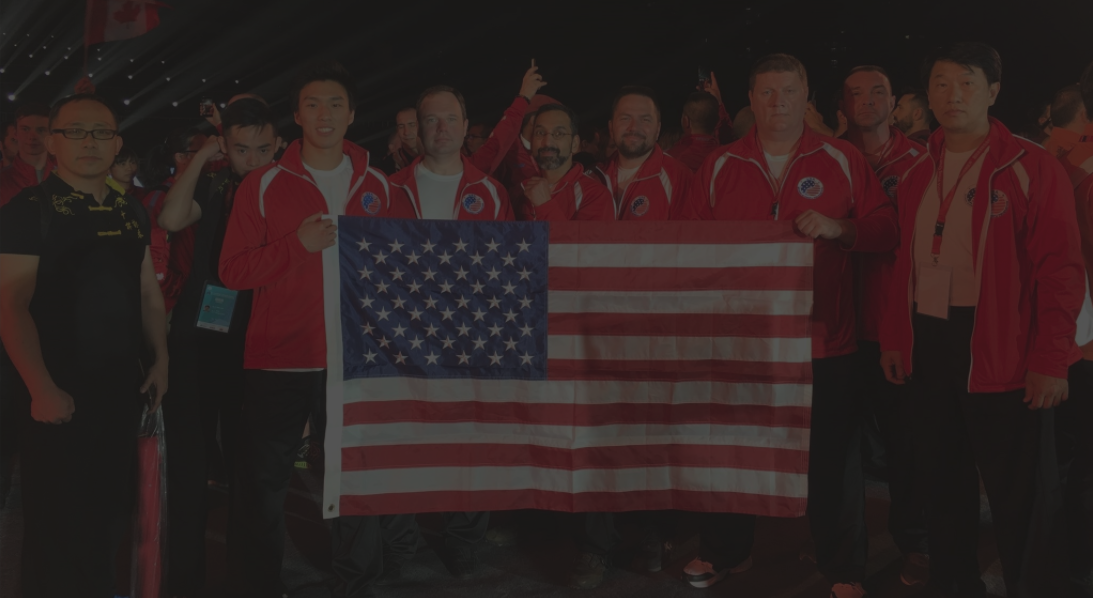 The largest Chinese martial arts organization in the world is the International Wushu Federation (IWUF) at 160-member countries and is one step below the International Olympic Committee (IOC). When the IWUF leadership was interested in connecting with the Traditional Chinese Martial Arts (TCMA) community, they picked Wing Chun as their first candidate due to its popularity, the ease of beginning in the art for novices, and because the art has great depth for advanced martial artists as well. One such meeting included the likes of modern Wushu leaders: US Wushu President and Sifu Anthony Goh and his good friend and Canadian Wushu President Sifu Sunny Tang. Also known as Dunn Wah, Sifu Tang is a legendary Wing Chun Grand Master and a top disciple under the late Sifu, Grand Master Moy Yat.

Sifu Goh was looking for the best way for Wushu to connect with the TCMA; Sifu Tang was looking for the best way to promote Wing Chun. Together, they spearheaded the introduction of Wing Chun into the IWUF as an official, formal event by creating categories for forms, reactional skill demonstrations (Chi Sao), and full contact fighting with a traditional flair (Mai San Jong).

After many private, small group meetings – in 2018, major Wushu and Wing Chun leaders gathered in Macau to work out the details to officially introduce Wing Chun including defining rules, regulations, training methods, judge, and referee certifications. The result of all this hard work is the first World Open Wing Chun Championship. The winners of this prestigious event will truly lay claim to World Champion as over 160 countries have been invited to send teams for the competition.

Led by the International Wushu Federation, and organized by the Chinese Wushu Association, the World Open Wing Chun Competition was held from November 29th to December 3rd, 2018 in Foshan, China. This event was also supported by the Guangdong Wushu Association and the Foshan High-Tech Zone Management Committee.