Siu Nim Tau - The Little Idea in the Beginning

One example of a little idea that became reality: The Ving Tsun Museum 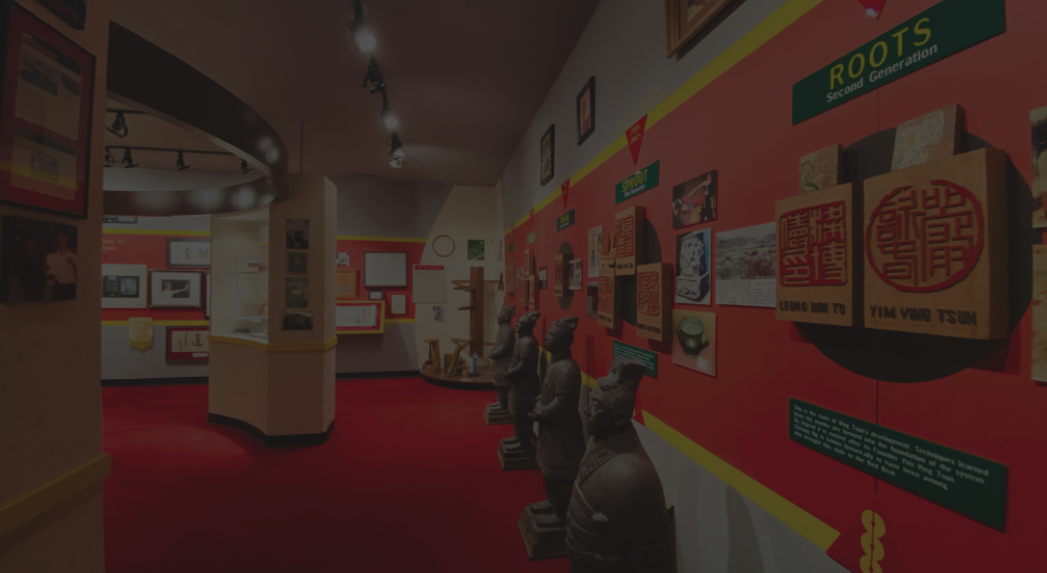 Twenty years ago, the late Grand Master Moy Yat travelled to Dayton, Ohio for the first time to attend the wedding of one of his Disciples, Benny Meng.

It was 2am on the morning of the wedding, when Grand Master Moy Yat said, "your school should not just be an academy of martial arts; it should be a museum for the Ving Tsun Kung Fu! This is my idea from a long time ago, but this dream of mine has not happened due to the difficulties of making something like that happen. We should dedicate and establish this Museum for the art, and to pay respect back to my Sifu, the late Grand Master Ip Man." That was in October of 1993.

Benny Meng, now a recognized Grand Master in his own right, gladly accepted the challenge of making his Sifu's vision a reality. Meng quickly formed a committee from within his own students and disciples to make it happen as fast as possible, while Grand Master Moy Yat connected with his own kung fu brothers, noted leaders in the Ip Man lineage, back in Hong Kong.

Since these trendsetting seminars, The Ving Tsun Museum has continued to research into the Ip Man lineage of Wing Chun, with additional research into Ho Kam Ming, William Cheung, Leung Ting, and Wong Shun Leung’s lineages.

While active in research, the VTM was also active in establishing a standardized set of international rules for Wing Chun Chi Sau competition, as well as hosting Wing Chun Friendship Exchanges starting in 1995, publishing books and DVDs, conducting Instructor Certification seminars and workshops, and even researching into lineages outside the Ip Man lineage.

Many of Grand Master Moy Yat's kung fu brothers complimented him on this milestone in the history of Wing Chun – amazed that something like a Ving Tsun Museum was even possible. The size of international interest and the success of the VTM's seminars left a deep impression on Ip Man’s sons and fueled a flame inside them to create an Ip Man Tong and multi-Grand Master format seminar of their own.

Returning to Hong Kong, the seniors of the Ving Tsun Athletic Association led by Grand Masters Ip Chun and Ip Ching were quick to organize events in Hong Kong and China – including the 1999 1st Ving Tsun World Conference which featured many direct students of the late Grand Master Ip Man and the establishment of the Ip Man Tong in 2002. The VTM was happy to play a strong supporting role in the Ip Man Tong project, even being recognized as the official US representative organization.

As the Ip Man Tong project started to gain momentum in the early years of the new millennium, the VTM was well under way into extensively researching other lineages of Wing Chun. Today, based on our research, we've come to identify Wing Chun as evolving through six stages, from most recent to most ancient:

Opera - when the system move away from the Shaolin roots and more solidly into the secret societies, and mixed with the public for the first time

Shaolin - when the system was developed as a vehicle of cultivation of Chan, health/fitness, and self-defense

The opening of the Ip Man Tong was in 2002 and was tremendously successful. More than 800 people from around the world met in the city of Futsan, the city of Ip Man's childhood. Soon after that, became a folk hero in Futsan and Hong Kong.

Checkley Sin, a movie producer, was studying Grand Master Ip Chun and wanted to make a movie about Ip Man. After many challenges and difficulties, the international smash film Ip Man starring international action star Donny Yen went to #1 in China - followed by many more films: Ip Man 2, The Legend is Born - Ip Man, The Grandmaster, Ip Man: The Final Fight; and even a TV series. The success of the Ip Man movies have also generated renewed interest in Wing Chun within China, and inspired other Wing Chun themed movies.

The status of Ip Man has since grown to the stature of a national hero, coming out of a humble martial art character. It was said that so long as the late Sifu had his yum cha, his majong, and his students, he was very content with his path in life.

Today two of the most recognizable names in the world of martial arts movies are Bruce Lee and Ip Man, and both are from the same martial art family, practitioners of this special treasure called Wing Chun.

It was just a little idea - a vision shared, and shared again...

But it all started from a little idea that the late Grand Master Moy Yat had, which was to pay respect and honor his teacher, the late Ip Man. As the idea grew, the mission became an obsession of GM Meng and his team. As the idea grew, was shared, and results were produced, new ideas were sparked.

After Moy Yat's death in 2001, one of his kung fu brothers was credited as saying: "The death of Moy Yat is a great loss not only to the martial art of Ving Tsun, but also to the world. He was a very learned man, a good painter, poet, artist and a gentleman. This is a great loss to Chinese culture."

After 20 years, Grand Master Meng and his team feel the roots of Wing Chun have been discovered, found squarely within the ancient Shaolin Temples. Today, the VTM is recognized by the Shaolin Temple for its contribution to the research, development, and promotion of Wing Chun internationally.

The next little idea...? That would be, under Grand Master Meng's leadership, test out the skill and the theories, ultimately developing professional fighters that can stand toe-to-toe with the best of the Mixed Martial Arts world while maintaining the traditional attitude of respect, discipline, and confidence - with the unique flair of Wing Chun efficiency.

Traditional attitude of respect, discipline, and confidence - with the unique flair of Wing Chun efficiency.